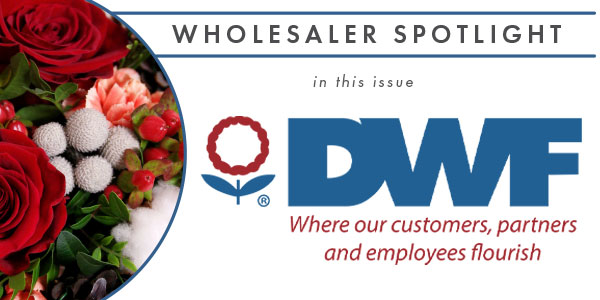 The Denver Wholesale Florists Company (DWF) has been recognized as one of Colorado’s oldest continuous businesses and one of the country’s premier wholesale florists. It all began in Denver in 1909 as a partnership of Colorado flower growers. More than 110 years later, DWF is still going strong, with 15 locations across the United States.

From its inception, the main product of DWF was carnations, cooperatively marketing the carnation production of its partners.

During the late 1960s and 1970s, carnations and pompoms began to be grown in Bogota, Colombia. By the 1980s, significant flower production had moved to South America. With this decrease in US production, DWF reinvented itself by forging a strong relationship with growers in other countries.

Today, DWF is a leader in partnering with the premier growers and hardgoods suppliers in the floral industry. In 2008, DWF became an employee-owned company; it looks forward to a bright future for its next 100 years.

DWF is dedicated to offering a premium level of customer service while providing the highest quality flowers at competitive prices. This dedication has earned the trust of its customers for decades. 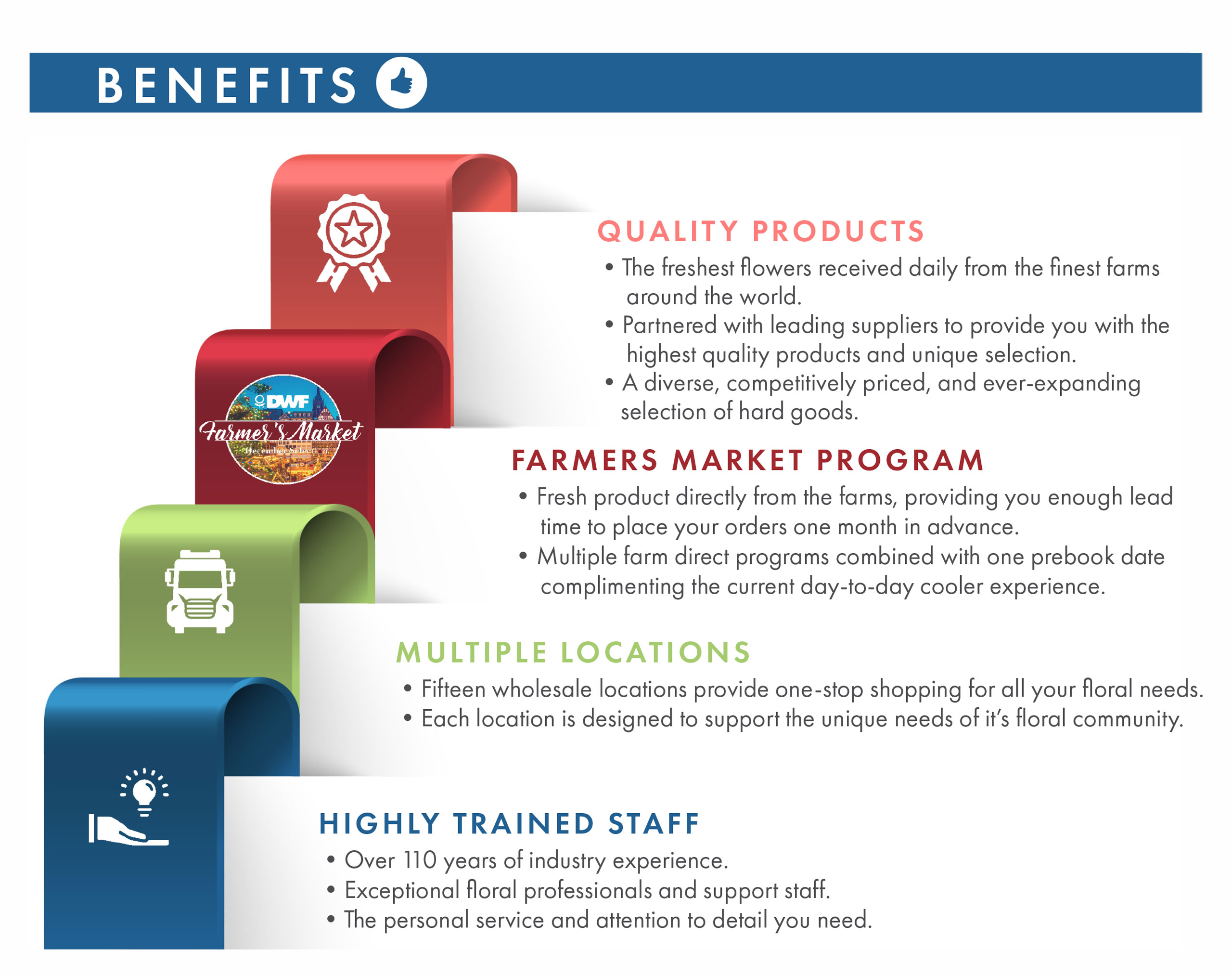 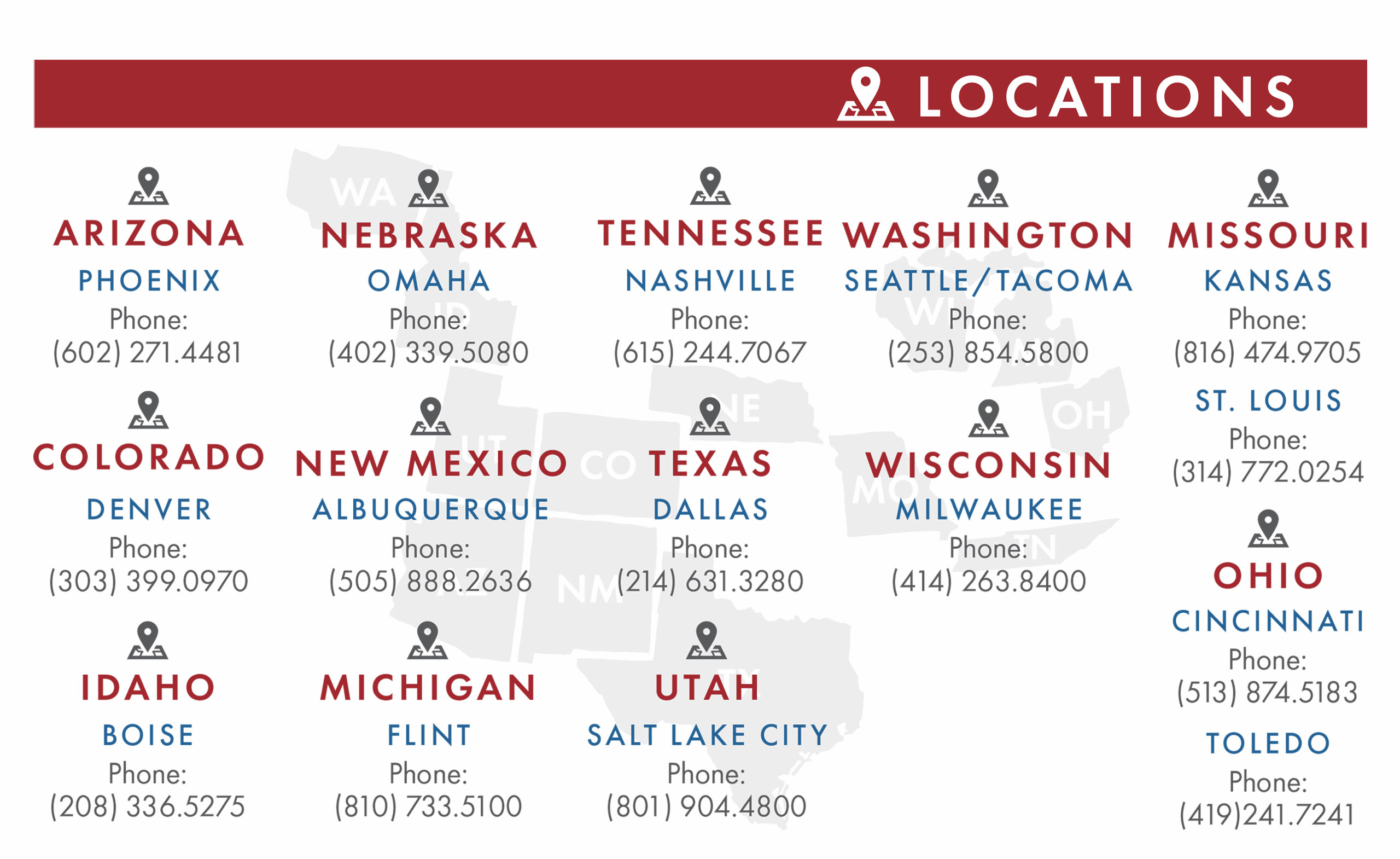 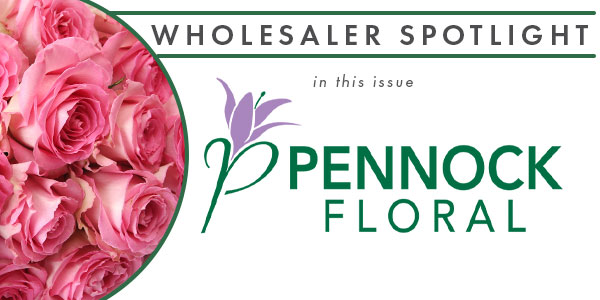 Pennock Floral is a premier wholesaler that has provided floral professionals with flowers and supplies... 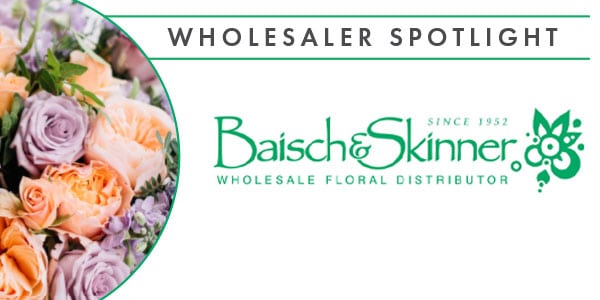