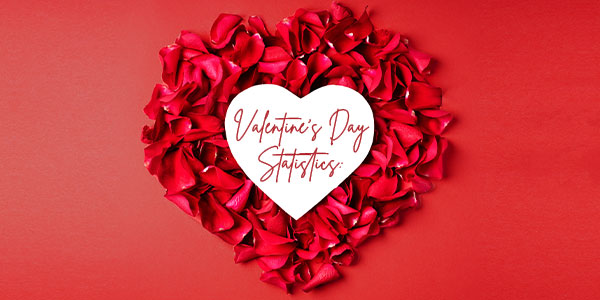 Valentine’s Day is just around the corner, and a few months ago, it looked like celebrations and dinners out were heading in a “back to normal” direction. Of course, back then, the word “omicron” wasn’t in anyone’s vocabulary!

Now, with the omicron variant reaching a peak in the United States, it’s likely that fewer people will want to go out to celebrate with their Valentine this year. But that doesn’t mean they won’t be celebrating at home, and this year may be much like last year in terms of spending — which is still great news for the floral industry.

To give you some idea of what to expect, here are a few highlights of 2021 Valentine’s Day spending, as reported in the National Retail Federation’s annual survey:

With so much uncertainty over what pandemic restrictions would do to sales, it was great to see that spending stayed in a high range. 2021 Valentine’s Day spending was the second-highest since the NRF survey began, reaching almost $22 billion. And 52% of U.S. adults planned to celebrate Valentine’s Day last year, even though it was significantly different.

73% of those celebrating said it was important to do so given the state of the pandemic. However, they spent less than in past years: Money spent on significant others was down an average of $13 per person. Plus, with virtual learning and working from home becoming the norm last year, fewer people sent Valentine’s Day gifts to teachers, classmates, and coworkers.

Last year, the number of people who said they’d spend money on an evening out was the lowest in the survey’s history — just 24%. And 46% stated that they were actively avoiding in-person gatherings. However, more than 40% opted to celebrate with a special meal at home.

Flowers continued to be a popular gift

No matter the celebration — at home or out in a restaurant — flowers continued to be a popular gift. Consumers spent $2 billion on flowers for Valentine’s Day last year, in line with pre-pandemic annual spending. And it makes sense: Flowers are a fantastic way to share the love, no matter where you are! 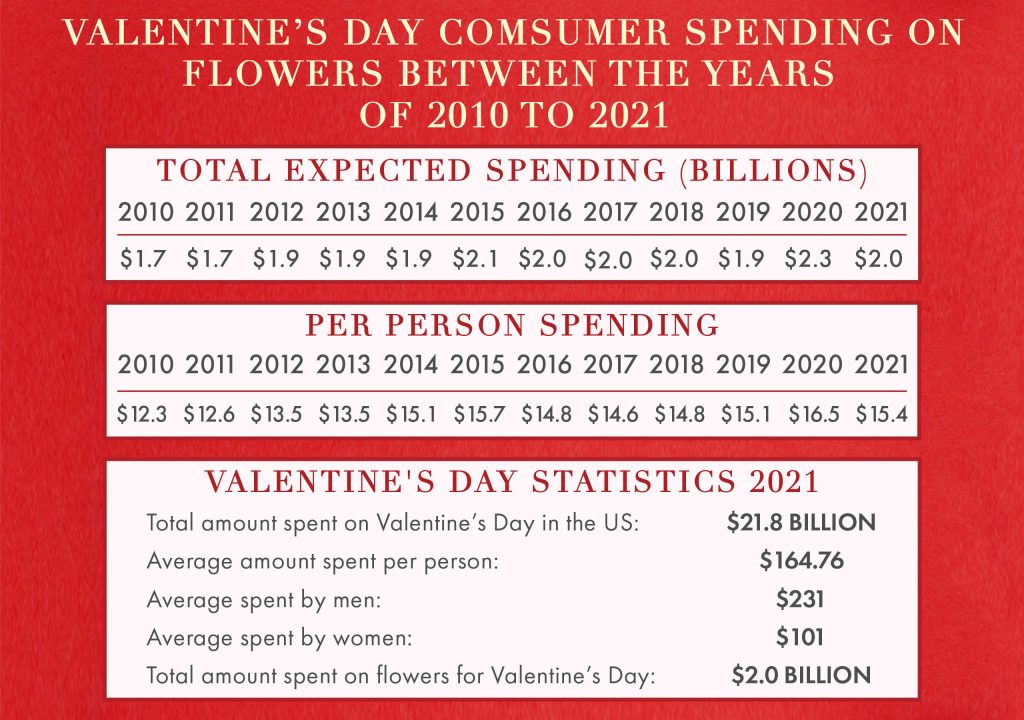 We hope this gives you a bit more insight into what to expect this coming Valentine’s Day. And this year, even with the omicron variant, we have fewer restrictions. So, who knows? It just could be our biggest Valentine’s Day ever! 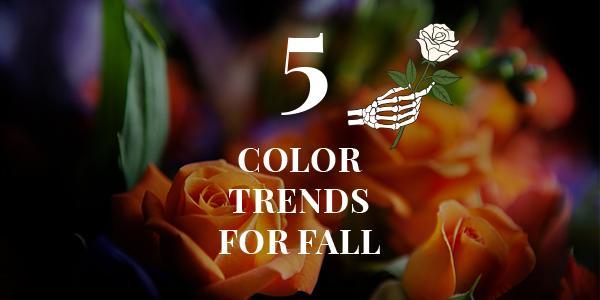 With the holiday season coming up rapidly, it’s time to stock up on the flowers... 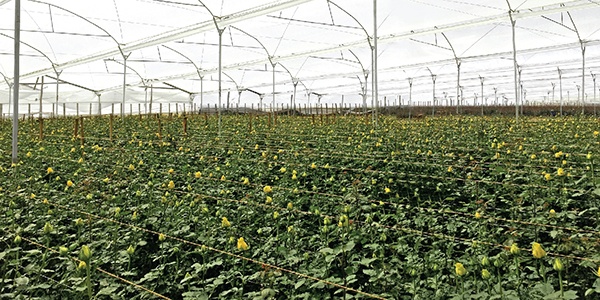 A” Behind the Leaves” Look at Valentine’s Day

The floral industry’s most prominent holiday is just around the corner. Soon enough, sweethearts across...