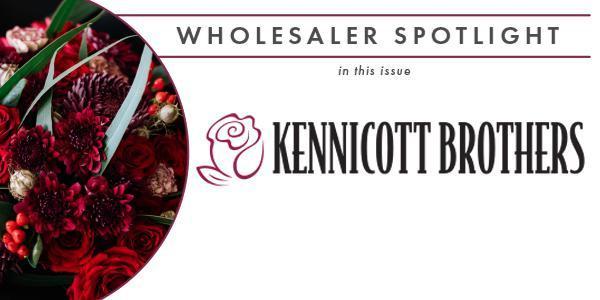 Kennicott Brothers has been recognized as one of the oldest continuous businesses in Illinois. Their story began in 1836, when Dr. John A. Kennicott, founded The Grove Nursery and soon began selling rose bushes and other floral products in the Chicagoland area.

In 1881, Dr. Kennicott’s sons founded Kennicott Brothers Company in downtown Chicago. As one of the earliest wholesale florists, Kennicott Brothers rapidly grew to serve florists in the Chicago area, and expanded rail service to large portions of the Midwest and South.

As the rail hub of America, Chicago was the center of both flower production and shipping going forward from the end of the 19th Century. However, with the advent of air transportation in the mid-1900s, most flower production moved to California and later to South America. Kennicott Brothers turned to sourcing from growing regions around the country and the world.

In May 2000, Kennicott Brothers became a 100% employee owned company through its ESOP Plan. Kennicott has continued to grow and excel in customer service, building a solid reputation for delivering superior floral products along with a high level of customer support and service.

Chairman Red Kennicott says it best: “When customers call, they speak with an owner. Kennicott employees are invested in their future, which is dependent upon the success of their customers, suppliers, and each other.” 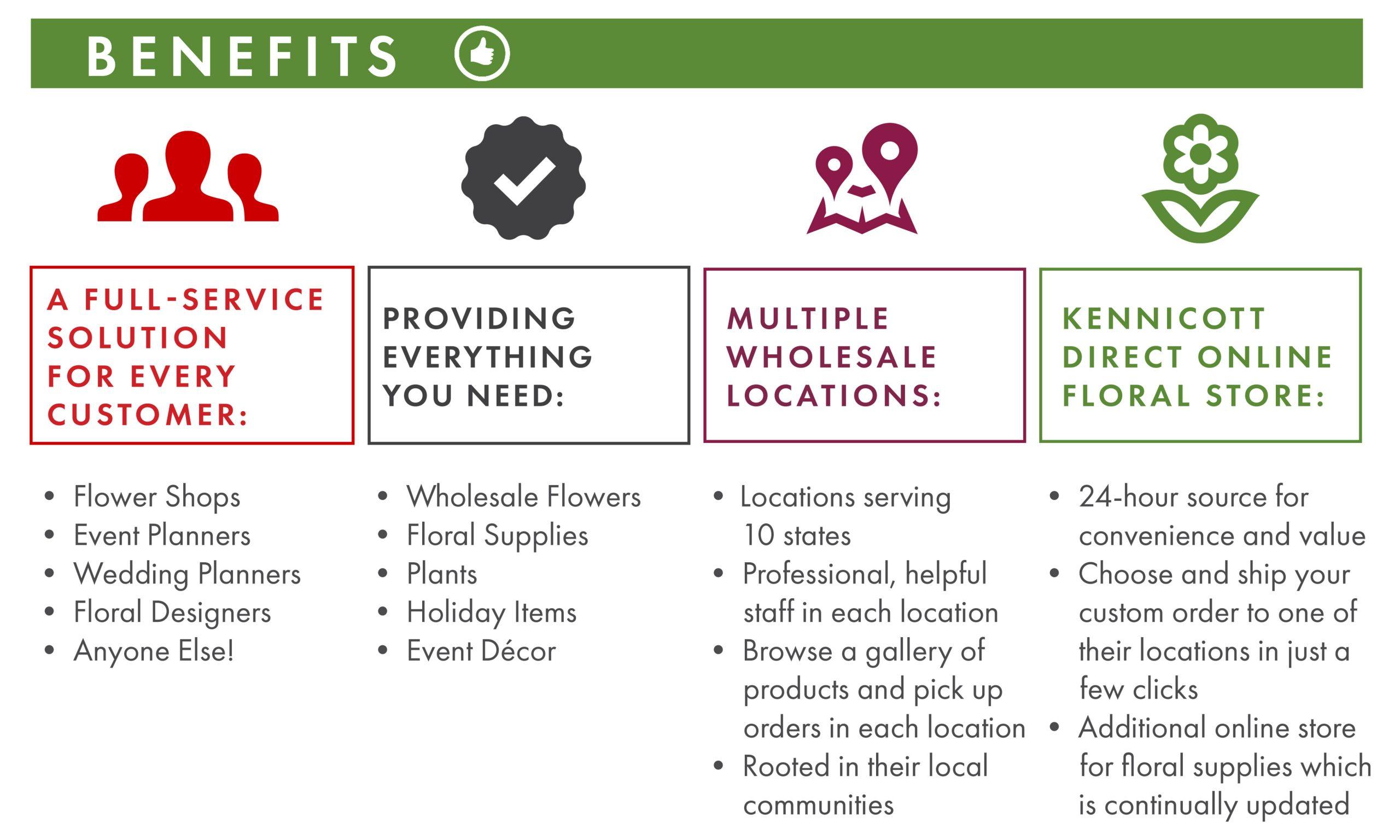 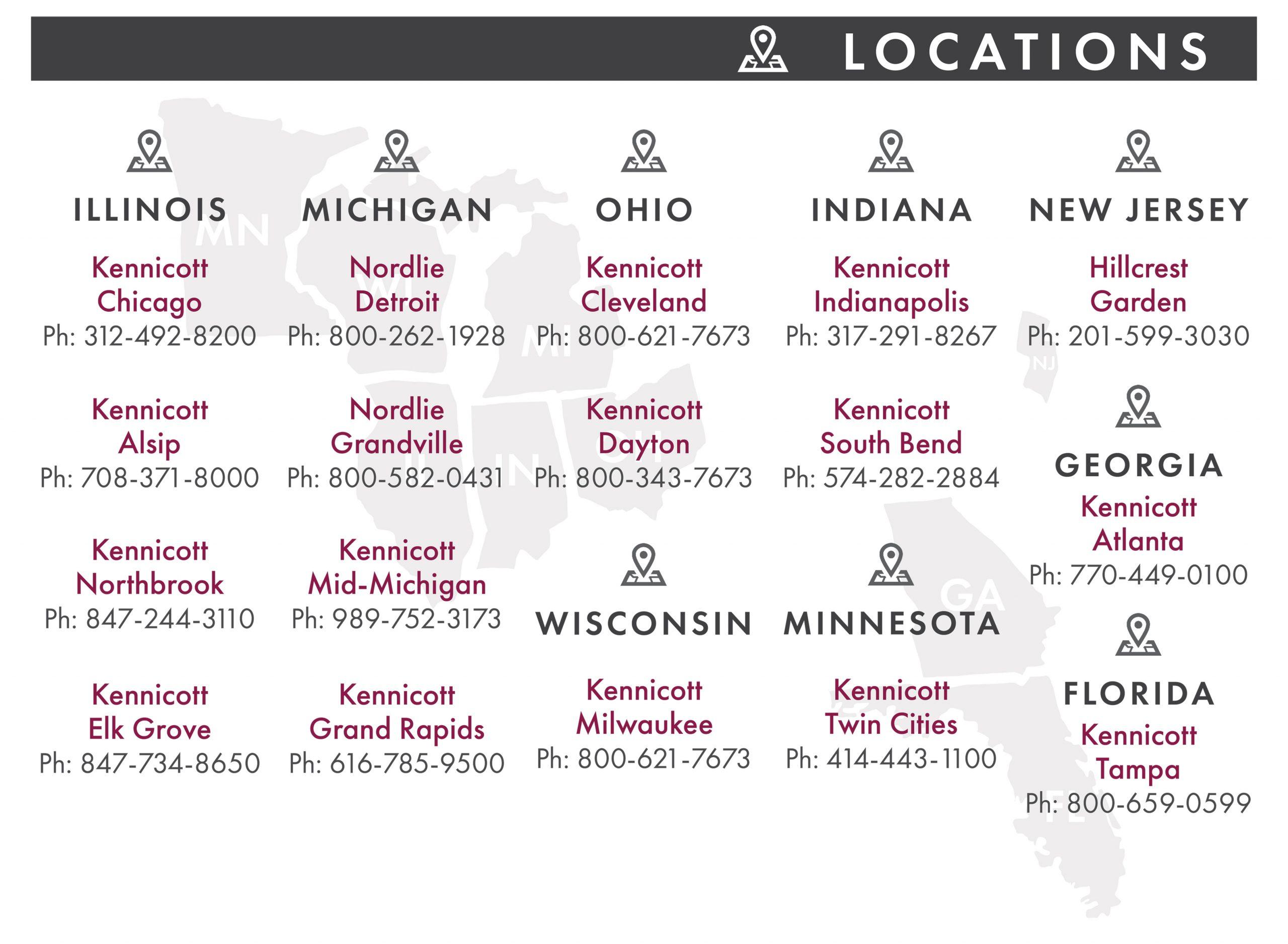 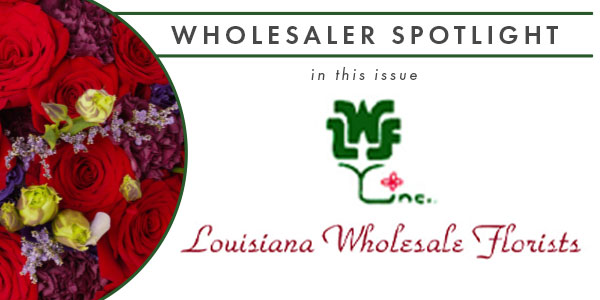 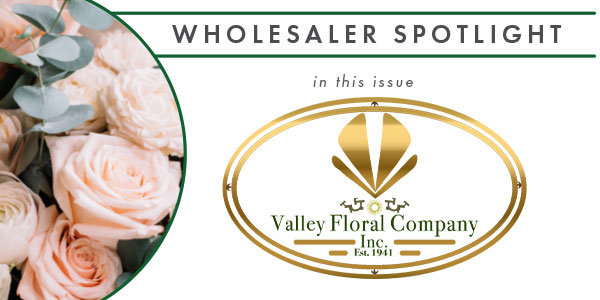