Why Do We Keep Flowers In The Cooler 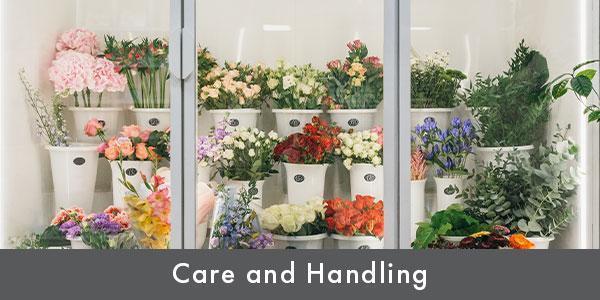 Why Do We Keep Flowers In The Cooler

WHY DO WE KEEP FLOWERS IN THE COOLER?

Everyone knows if you keep your cut flowers in the cooler they last longer, the real question is why. The answer can be found in two important biological processes: photosynthesis and respiration.

Plants can do something that animals cannot – make their own food. If you remember your middle school biology class, you learned that plants take carbon dioxide, water, and sunlight and convert them into sugars (food) via a process called photosynthesis: Carbon Dioxide + Water + Sunlight (Energy) = Sugars (Food) + Oxygen.

Plant leaves and stems have cells that contain little factories called chloroplasts. These chloroplasts contain a green pigment called chlorophyll. These molecules give plants the ability to harvest energy from sunlight and the reason leaves and stems are green. For example, when a rose is growing in a field, its leaves are harvesting energy from sunlight, converting it and storing it as sugar (food). Once the rose is harvested, it must rely on the sugars it has stored in its leaves to sustain itself.

Both plants and animals convert oxygen and sugars into energy to sustain the life of their cells via a process called respiration: Oxygen + Sugars (Food) = Carbon Dioxide + Water + ATP (Energy)

In addition to energy, the other bi-products of respiration are carbon dioxide and water. In simple terms, respiration is the use of food to produce energy to sustain life.

How does respiration and temp affect the cut flower?

The respiration rate, or the amount of food reserves that are used over time by plant cells, is dependent on temperature. The lower the temperature the slower the respiration rate. For instance, once harvested, a rose can no longer make food on its own, and is unable to sustain the life of the flower. The rose must rely on the food reserves it has stored in its leaves. Storing that rose in the cooler slows the respiration rate and conserves food so that flower can live longer. This has been demonstrated in a scientific study (Celikel and Reid, 2005).

What temperature is best?

In theory, storing your flowers just above freezing (33F) is best, but if temps drop to 32F or lower, freezing damage will occur. For this reason, FloraLife recommends setting your cooler temp between 34 and 37F. Did you know just a few degrees can make all the difference in the life of your flowers? According to data gathered in the Ceikel and Reid 2005 study, an increase of just 9 degrees F resulted in an 80% increase in the respiration rate of roses. It may seem a bit chilly to you, but roses will use 2 times the food reserves stored at 45.5 degrees compared to 36.5 degrees. Other benefits of lower temps include reducing the damaging effects of ethylene and the growth of microbes that can clog the stems and reduce longevity.

What about tropical flowers?

While most cut flowers can be stored between 34 to 37F, tropical flowers and foliage most definitely cannot. They are adapted to growing in a tropical environment and their physiology is such that cooler temps (below 50F) can cause chilling injury. Chilling injury is different than freezing injury. Freezing injury results from the formation of ice crystal in the plant cells and chilling injury affects the physiological process necessary to maintain life of the plant cells. For this reason, we recommend tropical flowers not be stored below 50F.

What does flower food do?

In a perfect world we would be able to keep cut flowers at the recommended temps throughout the distribution chain. Unfortunately, this isn’t always reality, and the cold chain is often broken somewhere between harvest and the consumer’s home. It’s critical that cut flowers receive supplemental nutrients from flower foods. The main ingredient in flower food is sugar, providing food that the flower can no longer produce on its own. While flower foods are not a substitute for cold temperatures, they can help sustain the flower when the cold chain is broken, and energy demands are high.

To learn more about care and handling from the flower care experts visit us at www.floralife. 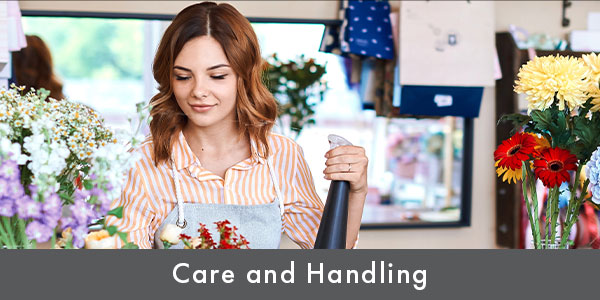 Flowers contain a waterway system (xylem) consisting of capillaries. These capillaries act like straws that... 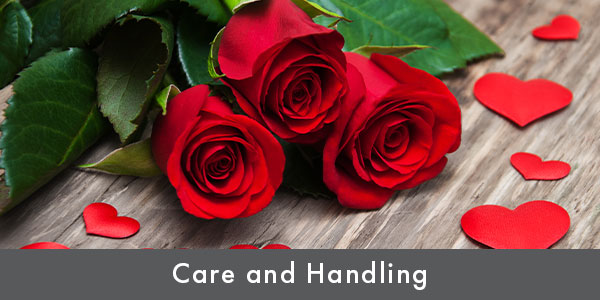 There is no other flower that is more associated with Valentine’s Day than a red...